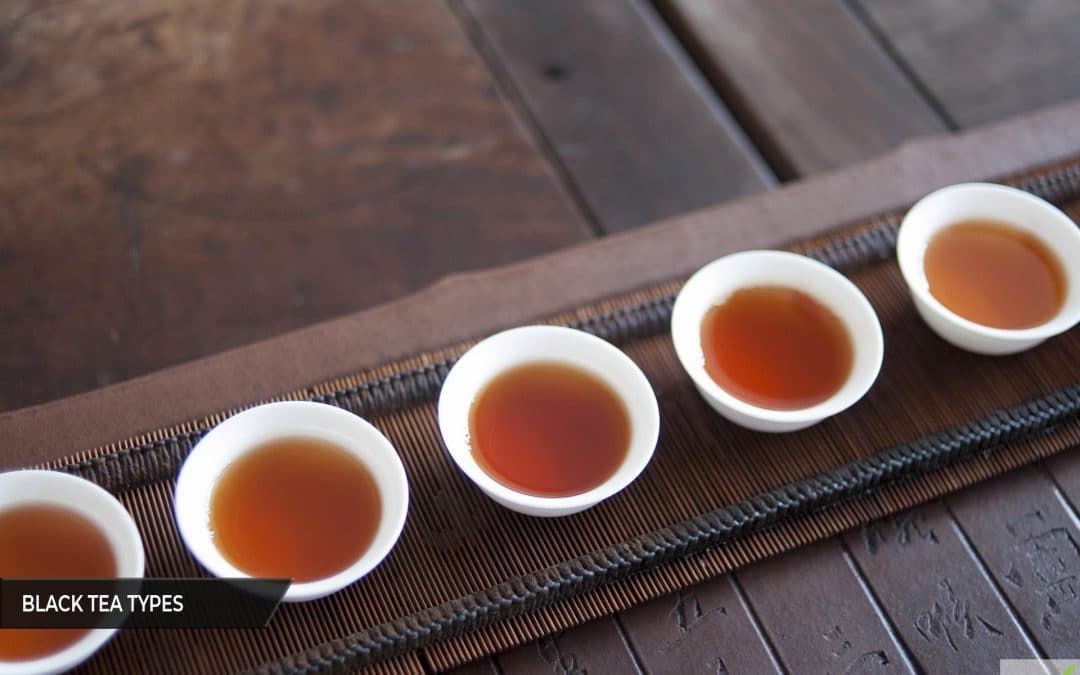 Black tea is one of the most widely drunk beverages all over the world. It grows in many different regions, in several parts of the world, and varying conditions. Not all black tea leaves are the same. Each region produces a tea with different attributes.

Black tea leaves come from the Camellia sinensis plant. The same leaves are used to produce green tea, white tea, and oolong tea. What makes these same leaves into different types of tea is the oxidation process. 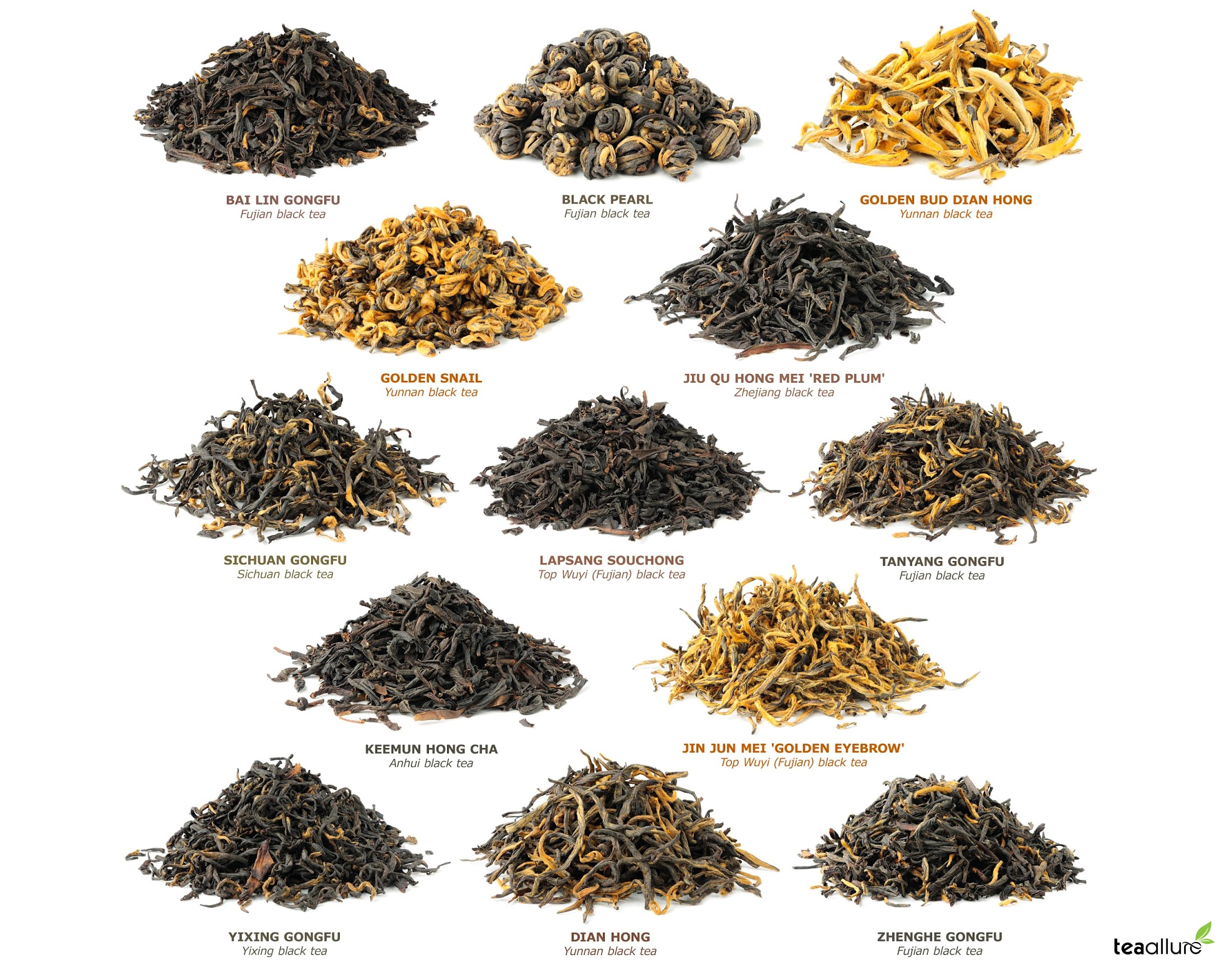 Each type of black tea is named after the region it comes from.

China is the birthplace of black tea. It’s the country of origin to most of the black tea varieties and flavors:

Congou black tea comes from a region in Southern China, Fujian province. The name is a term within the tea industry for gongfu, which means “skill” and “patience”. It is called this because those two qualities are required to produce this type of tea.

Centuries ago, when this tea was produced by hand, it was a very tedious and detailed task. It is made from whole black tea leaves, which are then rolled and twisted into very fine pieces.

This is a strong tea, that is often considered an ideal breakfast beverage. It is frequently used as a base for English Breakfast blends. Due to its strength, one serving can be steeped multiple times. 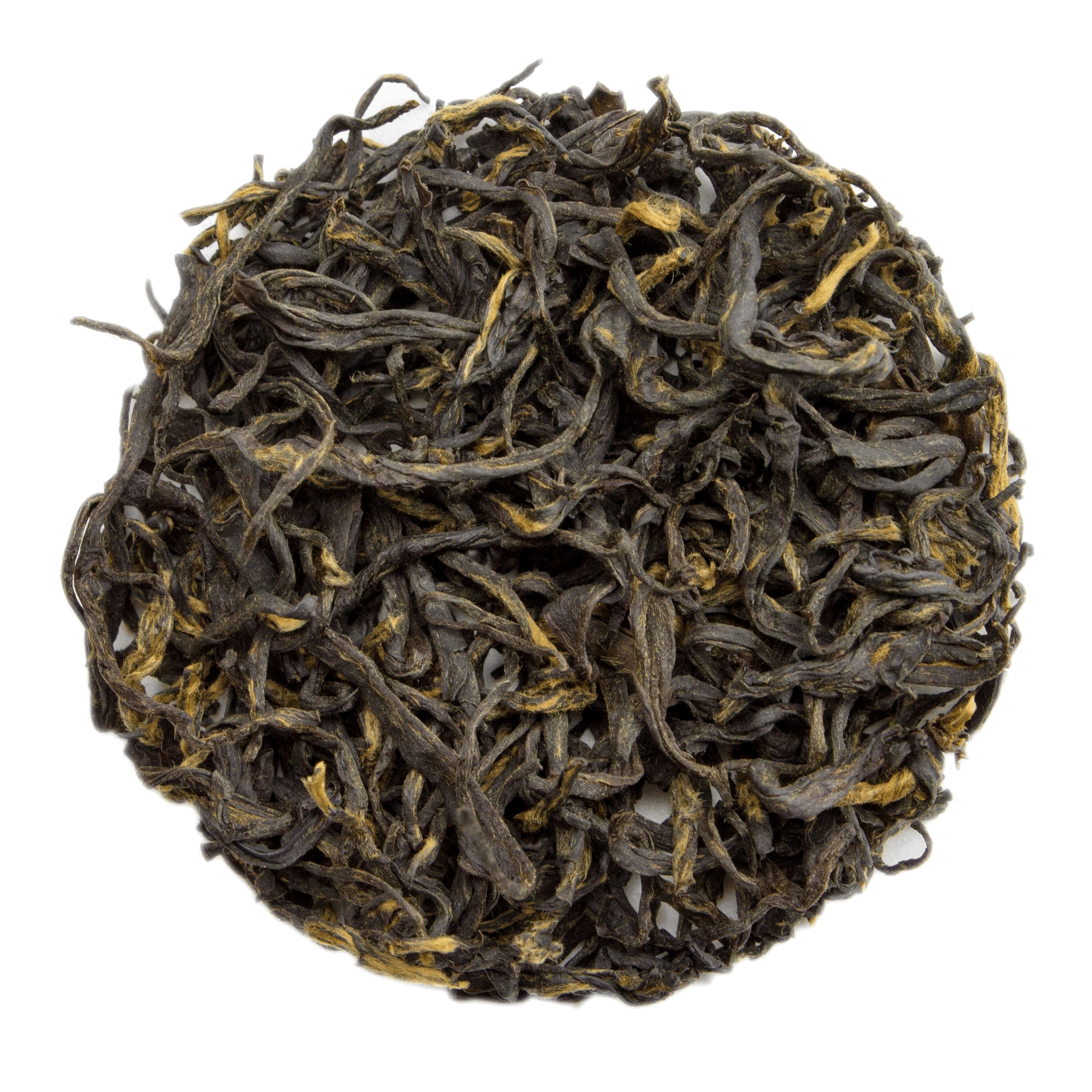 Grown in Qimen county in Anhui Province in China, Keemun is a black tea known for its beautiful red hue. Initially produced in the late 1800s, it is considered a high-quality black tea that is popular throughout the West. It is one of the most widely used black teas as a base in many blends.

Great care must be used when brewing Keemun tea. If the water is too hot, it will scorch the leaves. This will cause the tea to be very bitter, rendering it undrinkable.

This black tea is also from Fujian province, however from the mountainous Wuyi region. What sets this tea apart from black teas produced in this region is the drying process. The leaves are dried over an open fire of pine needles, giving it an unusual pine flavor. Lapsang Souchong is often called smoked tea.

Even though this is a strong black tea, it does have the same astringency as most other black teas.

Dianhong is a robust black tea grown in Yunnan Province. This is a unique black tea because it contains many fine leaf buds, also called “golden buds”. This lends it to the nickname Golden Buds.

It is easy to spot these tips among the tea leaves. The buds themselves are unique because they are picked in early spring. Most tea is harvested later in the fall.

It is said that this is a very smooth tasting black tea, with an aroma similar to cacao.

The flavor is described as peppery with a sweet aftertaste. Most black teas can become bitter if brewed too long, but Yindehong does not. It mixes well with condensed milk.

This is the only black tea to be produced in Zhejiang province. All other teas from this region are green tea. It received its name because of its fishhook-like leaves, and the plum coloring of its brew.

The leaves are picked by the “two leaves and a bud” principle of tea harvesting. This means they are picked from the top of the plant by hand.

It has a sweet aroma, like honey. Fans of milk tea say this is an excellent black tea to use for their favorite beverage.

Taiwanese black tea defers from the Chinese. In general, they are richer with honey and sweeter than the Chinese varieties.

Most teas from Taiwan are oolong tea, but this one is a rare black leaf for the region. It is grown near Sun Moon Lake in Nantou. The growing conditions here are similar to conditions for Assam.

This inspired the Japanese occupiers of the region to grow their tea here. They established the Tea Manufacture Experiment Station to do tea research and cultivate hybrid teas.

Drinkers of Sun Moon Lake tea detect a wintergreen note to the beverage. This makes it an excellent digestion aid. Sun Moon Lake is considered such an excellent tea that it has overshadowed the many oolong teas produced in Taiwan.

The warm climate and the wide varieties of cultures and landscapes produced some of the best black tea types in the world:

This is the most well-known black tea in the Western hemisphere. It is originally grown in the Assam region in Northern India. It hails from the assamica subspecies of the Camellia sinensis plant, which is different from most tea plants in China.

The English imported their black tea from China for years, until they were introduced to Assam from India. Assam quickly became their number one tea. In fact, it is so popular that when people talk about black tea, they are typically referring specifically to Assam tea. It is the most produced tea in the world.

Assam tea has a malty flavor, frequently attributed to the warm, wet climate in which it is grown. This particular black tea tends to be slightly higher in caffeine, making it a great breakfast tea.

Most English teas derive from Assam. Milk compliments this tea very nicely, as it brings out some of its more subtle flavors.

It is technically a black tea, though it is less oxidized than other black teas. This lends it a unique flavor. It is so unique and fine that it is frequently referred to as the champagne of teas. Its natural flavors lend it a taste that is different from all other teas. Drinkers often say that it tastes very similar to a glass of wine.

Darjeeling is one of the world’s most expensive teas to produce. It is grown exclusively in the Darjeeling district in Bengal, India. It is unable to grow anywhere else in the world.

The region does not produce a tremendous amount of leaves, compared to other regions growing tea. Add in the great care it takes to handpick each tea leaf, and that makes for a rather precious tea.

This distinct tea was once one of the world’s most popular teas. However, natural disasters in the early 1900s devastated the region and crippled its tea production for years. Happily, the area has since recovered and Kangra is making a comeback.

Kangra derives from hybrid Camellia sinensis shrubs. It is a milder tea than Darjeeling, yet with more body and a fruity flavor.

This little-known black tea is grown in the Idukki district of Kerala, India. The town of Munnar is known for its many tea plantations.

When brewed, this black tea produces a beautiful golden yellow hue. Its flavor has been compared to malted biscuits. 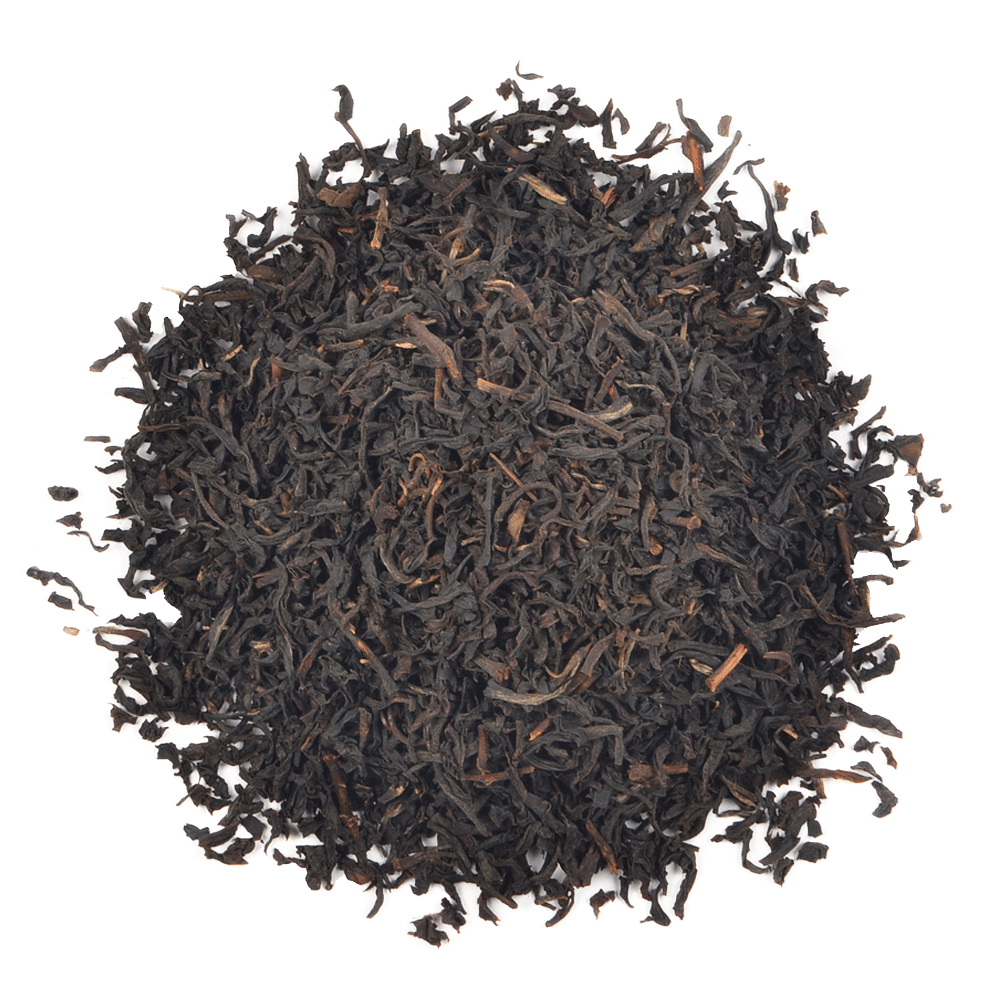 It is the least known tea growing region in India and produces about 10% of India’s tea each year. It is found along the Blue Mountains in Southern India.

This black tea is naturally sweet and has an extremely strong aroma. It is somewhat lighter than its counterpart from Assam, so it is considered a good afternoon tea. Nilgiri is excellent to make iced tea with because it does not cloud when iced.

Produced in Hadong, in South Gyeongsang Province, this is South Korea’s most popular tea. Its name derives from the same word as green tea in Korean, Jakeseol, but is not the same drink.

The name translates to “bird’s tongue” because the leaves resemble a sparrow’s tongue. It has a slightly sweet taste and a beautiful light scarlet hue.

Nepali tea is very similar to Darjeeling tea because its growing conditions are very similar. They grow in smaller regions, however, so they produce less product each year than Darjeeling. As a result, this is a lesser-known black tea, therefore less pricey.

Nepali tea has been in Darjeeling’s shadow for many years. However, tea drinkers around the world are starting to discover this slightly fruity tasting and smelling unique drink. It is gaining popularity in the West.

This tea is known to be a very bold taste, though it has an assortment of flavors. This is because Sri Lanka is a small island but has varied elevation throughout.

The tea plants are grown all over the island. Each differing elevation creates a unique taste for each batch of tea leaves.

Ceylon black tea is the most popular of all the teas produced on Sri Lanka, beating out its green and white teas.

Ceylon Tea is the most popular choice for making iced tea. It is also considered a “self-drinker”, meaning that it does not need any enhancements to enjoy it.

The Rize province in Turkey, on the coast of the Black Sea, cultivates these tea leaves. This tea is meant to be brewed for a very long time, as long as 15 minutes. It is incredibly strong, so Rize is typically served in small sipping cups.

Traditionally, milk is not served with Rize black tea. It is a finely ground tea that produces a very aromatic, red tea. It is traditionally served alongside sugar beet crystals.